When Fei Fei was in K2 kindergarten, her mother began to worry that she might have a problem with her intelligence as Fei Fei could not even read one Chinese character. Since no formal diagnostic assessment for dyslexia is available for children under six years old, Fei Fei’s mother incidentally learned about Pathways’ launch of a dyslexia screening test for pre-school children. She then brought Fei Fei to the screening test, and found out that her daughter was identified to be at risk of dyslexia. Fei Fei was therefore enrolled into Pathways’ pre-school intervention programme.

When Fei Fei came home after her first class at Pathways, her mother was pleasantly surprised. “The teacher taught her how to read by pointing at the characters with a finger while reading each character out. When Fei Fei came home, she used the same method and was able to read out characters by pointing at them. I’m so impressed!” she said. From then on, Fei Fei always looked forward to going to class, and came home smiling.

Fei Fei’s mother used to be an outstanding student herself at school. In the beginning she struggled to understand why her daughter could not identify or understand even simple characters, like “個”. Nevertheless, after the guidance and encouragement from Pathways’ teachers, she finally understood that difficulty in character recognition is very common among children with dyslexia.

“I admire all of you so much,” said Fei Fei’s mother. She appreciates not only the teachers’ dedication in teaching Fei Fei, but also their continued effort in supporting parents. After each class, the teacher would explain how the student performed in class, and also show the parent methods to help the child learn at home, so that both parties can effectively work towards motivating the child to learn.

For example, the teacher showed her how to use hand-clapping to indicate syllables to the child, illustrating that there is one sound to one character. So when she claps three times along with the term “好朋友” (hou2 pang4 jau4 – good friend) , Fei Fei would realize that the term is made up of three characters.

After a year’s hard work, Fei Fei went from not being able to recognize any character, to being able to write a simple complete sentence like “爸爸和媽媽一起到公園” (father and mother went to the park together); her parents are pleased to see that they have found a suitable way of learning for their daughter. And most importantly, Fei Fei, now a primary one student, is also adjusting well at school. This is solid proof that early identification and early intervention can bring about change as soon as possible! 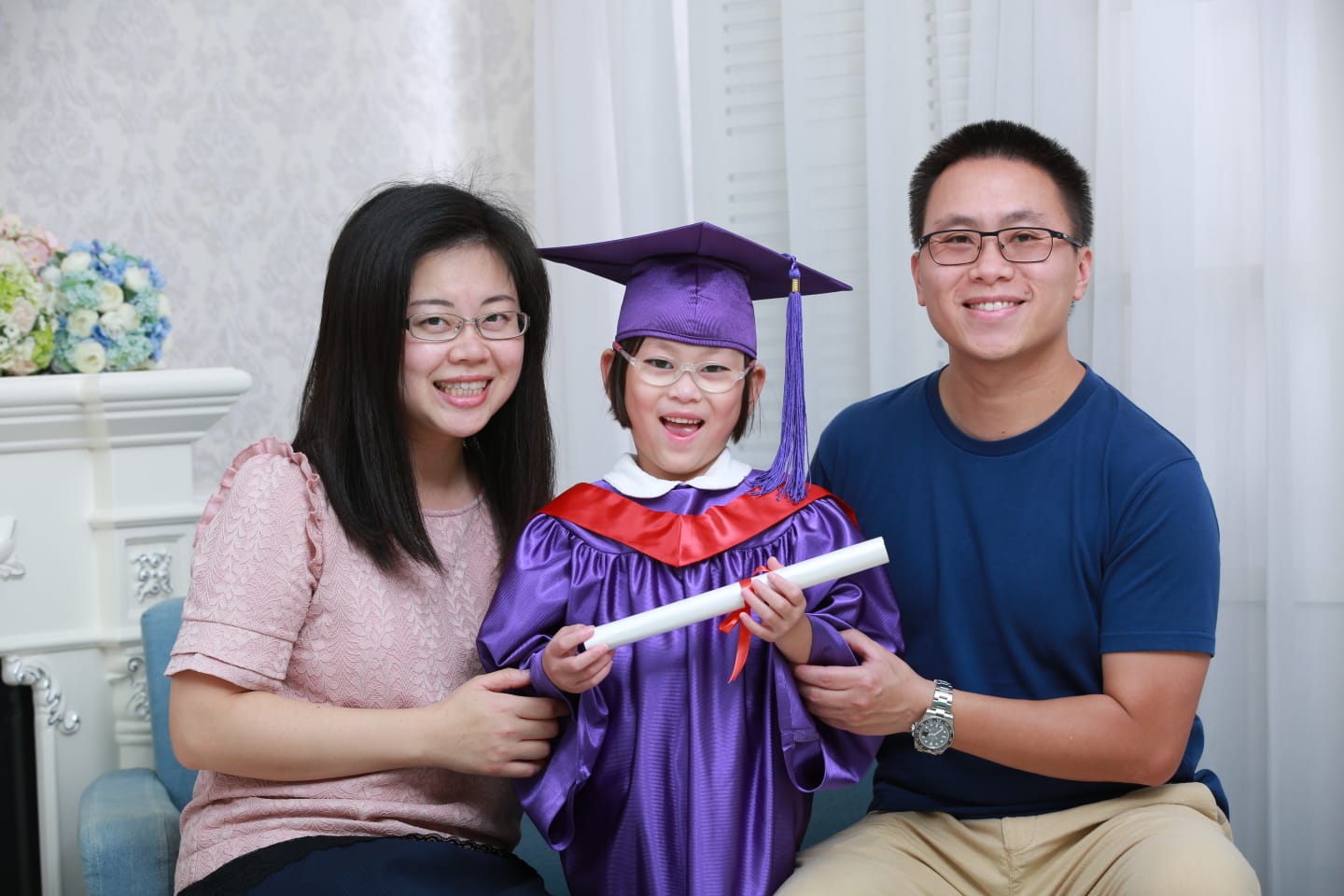 Fei Fei and her parents.

Thank you for your interest in receiving news from Pathways!
Please check your email inbox to confirm your subscription.

Thank you for your interest in receiving news from Pathways!
Your e-mail address has been added into our mailing list.